The last quarter of 2015 is gone and its time to reflect what happened in Q4. In the following you will find a full overview again for the whole quarter. It will be the last time that I will do that. From now on I will post in shorter intervals to specific topics instead of covering everything. This was actually a wish from our latest automation survey which I want to implement now. I hope you will like it.

So during the last quarter my focus was completely on getting our firefox-ui-tests moved into mozilla-central, and to use mozharness to execute firefox-ui-tests in mozmill-ci via the test archive. As result I had lesser time for any other project. So lets give some details…

One thing you really want to have with tests located in the tree is that those are not failing. So I spent a good amount of time to fix our top failures and all those regressions as caused by UI changes (like the security center) in Firefox as preparation for the move. I got them all green and try my best to keep that state now while we are in the transition.

The next thing was to clean-up the repository and split apart all the different sub folders into their own package. With that others could e.g. depend on our firefox-puppeteer package for their own tests. The whole work of refactoring has been done on bug 1232967. If you wonder why this bug is not closed yet it’s because we still have to wait with the landing of the patch until mozmill-ci production uses the new mozharness code. This will hopefully happen soon and only wait of some other bugs to be fixed.

But based on those created packages we were able to use exactly that code to get our harness, puppeteer, and tests landed on http://hg.mozilla.org/mozilla-central. We also package them into the common.tests.zip archive for use in mozmill-ci. Details about all that can be found on bug 1212609. But please be aware that we still use the Github repository as integration repository. I regularly mirror the code to hg, which has to happen until we can also use the test package for localized builds and update tests.

Beside all that there were also a couple of mozharness fixes necessary. So I implemented a better fetching of the tooltool script, added the uninstall feature, and also setup the handling of crash symbols for firefox-ui-tests. Finally the addition of test package support finished up my work on mozharness for Q4 in 2015.

During all the time I was also sheriffing our test results on Treeherder (e.g. mozilla-central) because we are still Tier-3 level and sheriffs don’t care about it.

Our Jenkins based CI system is still called mozmill-ci even it doesn’t really run any mozmill tests anymore. We decided to not change its name given that it will only be around this year until we can run all of our tests in TaskCluster. But lots of changes have been landed, which I want to announce below:

I also had some time to work on supporting tools. Together with the help of contributors we got the following done:

So all in all it was a productive quarter with lots of things accomplished. I’m glad that we got all of this done. Now in Q1 it will continue and more interesting work is in-front of me, which I’m excited about. I will announce that soon in my next blog post.

Until then I would like to give a little more insight into our current core team for Firefox automation. A picture taken during our all hands work week in Orlando early in December shows Syd, Maja, myself, and David: 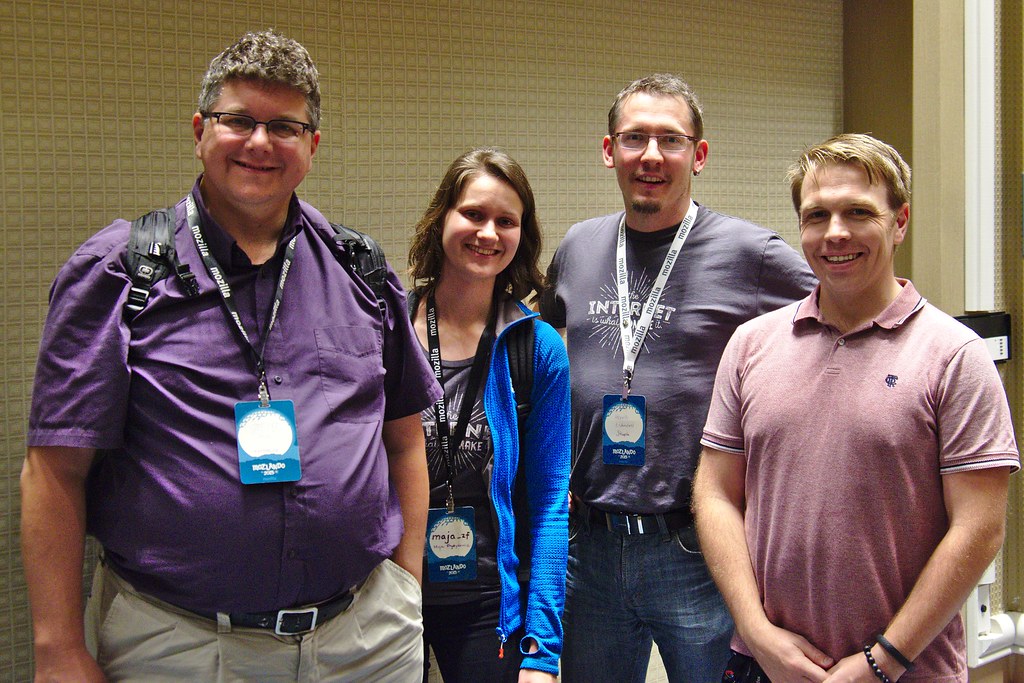 Lets get started into 2016 with lots of ideas, discussions, and enough energy to get those things done.